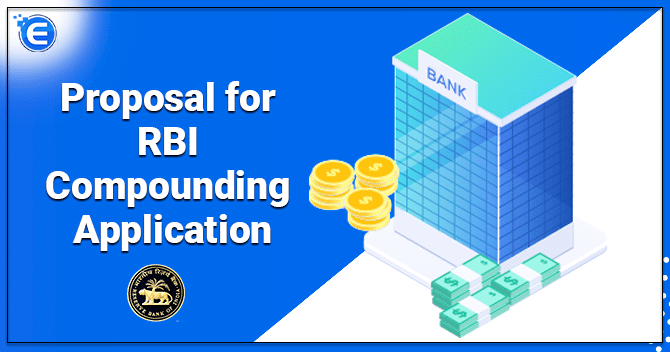 “Compound” refers to “Settling a matter by money payment, instead of any other liability.” It describes the concept of compounding as a mechanism which offers an opportunity to the offender to avoid prosecution for the offense committed by him after paying off payment.

In the context of law, compounding of an offense refers to an amicable settlement to avoid prosecution. Nevertheless, it is not an intrinsic right, but it is provided by the respective act under which the offense has been committed.

The procedure is very simple. It involves the following steps:

It is mandatory to file RBI compounding application if you have received Memorandum from the RBI for delayed reporting, then unless the application has been filed, RBI will not approve the forms filed with them.

Failure to pay the penalty

The prescribed penalty has to be cleared within 15 days, failing of which, the entire process will not be considered and where the consequences will be severe in nature and Directorate Enforcement will take over your case.

With the provisions of RBI compounding application, any lawsuits arising from the offence can be avoided in the future. However, it may be noted that it is not an intrinsic right.

Read our article:Can a struck off company get restored?

Guiding Principle for Licensing of...

The Reserve Bank of India (RBI) last came out with an established of guidelines for licensing...

Setting up of Export Oriented Units...

The scheme of export oriented units was introduced at the beginning of the 1980s. It is complem...