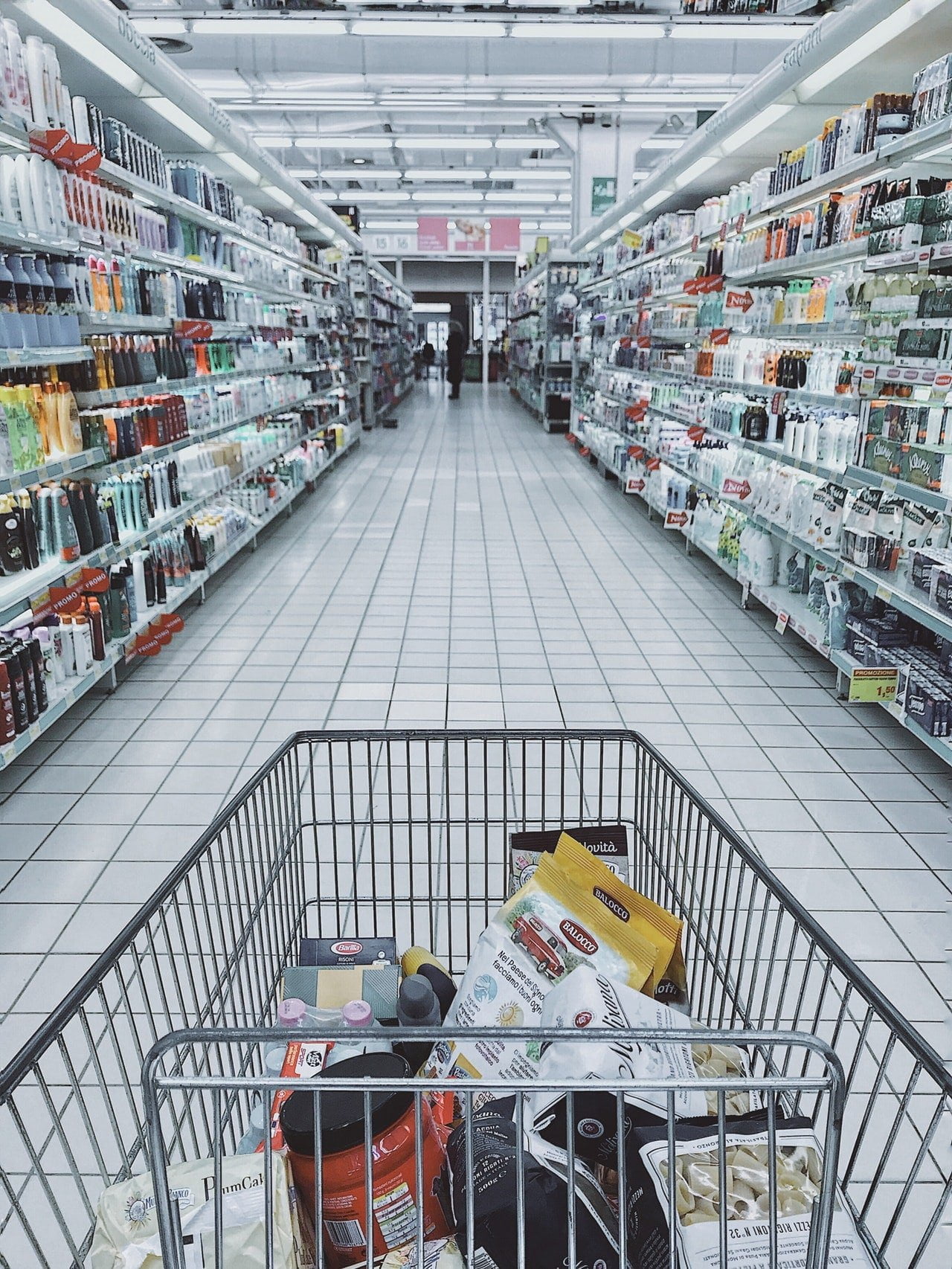 Finally, the Department of Industrial Policy and Promotion (DIPP) released Press Note No. 2 of 2018 on 26 December 2018, prescribing certain additional conditions for the e-commerce sector, under the Consolidated Foreign Direct Investment Policy of India (FDI Policy). This Press Note(PN) modifies para 5. 2. 15. 2 (E-commerce activities) of the FDI Policy, and it is effective from 1 February 2019. Due to some confusion over some aspects of the new requirements, the Government released a clarification (PN2 Clarification) on 3 January 2019. This PN2 is prescribing some of its policy objectives which are essential to follow the FDI Guidelines for E-Commerce and in its total spirit.

FDI Guidelines in the Previous Scenario

The FDI policy prior to these amendments allowed FDI under the automatic route for those companies engaged in the marketplace model of e-commerce and restricted FDI inflow for an inventory-based model of e-commerce companies. A marketplace entity as per the definition of the FDI e-commerce rule is an entity having provision of an information technology (IT) platform and other infrastructure to facilitate transactions between buyers and sellers.

On the other hand, an inventory-based model of e-commerce is defined to mean a model where the e-commerce entity is having ownership of goods and directly sells to consumers on a business to consumer (B2C) model of trade.

Why new Guidelines have been Released?

DIPP released PN 2 in 2018 to implement key changes to regulate and monitor the e-commerce sector in a better and desired way. The new guidelines are released to clarify the provision relating to inventory control, affiliated sellers and exclusive arrangements undertaken by the e-commerce entity.

It was observed and reported that some of the e-commerce entities (marketplace model) with FDI, in fact, were indirectly undertaking inventory-based e-commerce and thus influencing the price of the product in the market due to its bulk holding of inventory. This, in fact, is prohibited by the FDI e-commerce rule.

In fact, such clarifications in PN 2 are not new as such but they were existing in earlier guidelines also. It is just clarified for better implementation and regulation of existing guidelines on FDI in e-commerce business.

What are the Changes Prescribed under new Guidelines?

The various key changes prescribed in new guidelines can be understood as following:

Control over Inventory: This is the most important and vital parameter to distinguish the actual model of operation of an e-commerce entity. It is all about the control over inventory and the relationships between e-commerce entities and sellers on their platforms. The existing FDI guidelines state that e-commerce marketplace entities should not exercise ownership over goods sold on such marketplaces because by doing so would make it an inventory-based marketplace. Further, the rule prescribes that a single seller/group should not account for more than 25% of the aggregate sales in such a marketplace. This is to ensure that affiliated sellers did not account for most of the actual sales incurred on these platforms. Though e-commerce entities fulfilled the requirement to not own the inventory indirectly they exercised control over such inventory through warehousing, packaging and handling arrangements modes. This was observed and complained to the authority by local retailers and traders as this was affecting their business.

Thus, PN 2 of 2018[1] prescribed an additional requirement that an e-commerce entity should not control the inventory of trade. Though it may be very difficult to define the “control” as it is not that easy in this context.

In fact, it is very difficult to differentiate between warehousing arrangements intended to promote handling efficiency and speed of delivery of goods from an arrangement made to give indirect control.

Similarly, the previous restriction on 25% sales on e-commerce platform not originating from a single-seller has been very effective as big e-commerce entities created more affiliated sellers so that the sales quantum can be shown as below 25 % of the prescribed limit. Thus, PN 2 has deleted this requirement though the Government may include this again in the guideline. In its place, PN 2has introduced a new provision under which an e-commerce platform will be assumed to have control over a seller’s inventory if 25 % or more of such vendor’s purchases are from e-commerce entity or its group companies.

The very purpose of this rule is to check the ability of e-commerce marketplaces (through themselves or through affiliates) to sell the goods to a vendor on business to business, B2B basis (as permitted by FDI) to control the prices or reduce the inventory-carriage risk for the vendors (through the buyback or any other arrangement like make-whole arrangements etc.).

It is observed that this provision is difficult to be interpreted as there is a lack of clarity. If one observes this provision minutely then it appears that if more than 25 % of the products are bought by consumers through the e-commerce marketplace, then that e-commerce entity would be deemed to control the inventory of that vendor. This is another interpretation of the provision and it needs clarification from the Government to facilitate the functions of e-commerce entities.

What is the equity Ownership or Relationship with Vendors in new PN 2 guidelines?

It is prescribed in Press Note 2 of 2018 that an entity having equity participation by an e-commerce marketplace entity or its group companies will not be permitted to sell its products on the platform run by such a marketplace entity. However, it does not clearly mention if direct or indirect participation would be considered for this rule to follow.

In fact, the guidelines expect to restrict and reduce the equity stake in those entities acting as sellers on their platforms.

PN 2 guidelines do not or restrict the nature of goods to be sold on the e-commerce marketplace including the private labels even if owned by e-commerce entities. This needs clarification to help the sector to follow the guidelines properly.

What is the Provision for a Relationship with Vendors?

As per the provision of PN 2, it is prescribed that the e-commerce marketplace entity will not direct or command any seller to sell any product exclusively on its platform only.

This restriction will adversely affect exclusive arrangements between e-commerce marketplaces and telecom or white goods manufacturing companies who plan to sell their products exclusively on their online platforms. The popular mobile company like “OnePlus” sells its smartphones only on the Amazon India platform and does not sell with any other marketplace as such.

Here again, it is very difficult for the authority to verify if the seller is selecting a specific marketplace out of its choice or he has been directed by the marketplace to sell this exclusively on its marketplace to create a monopoly(exclusivity) for such goods.

In such cases, it is difficult to say that such companies are not commanded to sell exclusively on one marketplace only. Thus, it can be said that this rule prescribed by PN 2 of 2018 is not necessary. It is possible to do away with the rule if an e-commerce entity keeps transparency in dealings by keeping so-called arms-length relationships with the seller and thus the criteria of exclusivity may not be required as such. Such an exclusive arrangement may not always harm the small vendors or anti-competitive spirit. Further, PN 2 of 2018 requires that the various services furnished by e-commerce entities such as warehousing facilities, logistics support, marketing and advertising or payments and financing services should be in a fair and non-discriminatory manner to all vendors.

It is apparently very simple but it is very difficult to put in practice or comply with and it is apprehended that such regulation would hamper the growth of the e-commerce business in India. It may be noted that e-commerce entity is also a business entity and like any other business entity it may also furnish extra service to any vendor who help to boost the sale by many ways like reduction in profit margin, agreement to sell on specific e-commerce platform, participation in warehousing of marketplace entity or delivers the goods in a short time to consumers, etc.

As these types of combinations do happen genuinely in any business so e-commerce should not be an exception as it is also after all a business and these should not be restricted by the regulation. It may be noted at this stage that Press Note does not restrict the current practice of cashback to customers and does not consider it to be against the regulation.

On the contrary, Press Note prescribes that such practice should be followed in a fair and non-discriminatory manner for each category of the customer.

There were several complaints received from retailers and other small traders with respect to the operations and trading pattern adopted by some large e-commerce marketplace entities having foreign ownership. They complained that these entities are violating the guidelines of e-commerce and this resulted in the loss of business and revenue to them. In fact, the government should monitor and guide clearly the e-commerce entities to follow the revised guidelines in true spirit so that the survival and growth of retailers would not suffer as they constitute a larger part of the business and major population of the country. Similarly, e-commerce entities should also adhere to the revised guidelines and avoid unregulatory practices and tactics to be in harmony with other entities. This would help to grow both entities like retailers and e-commerce companies.

“E-commerce market places are just going to have to find some new ways to operate and adjust their business models,” said Amway Corporation-USA co-chairman Mr. Doug De-Vos referring to India’s revised FDI guidelines. As per his opinion e-commerce is not going to stop.

Know more about the checklist to start an e-commerce business in India.

What are Cryptocurrencies? A cryptocurrency is a type of digital assets designed to work as...

Foreign Investment or FDI is mostly made in open economies as & when compared to tightly re...

The Rise of The Machines, And Their...

Automation in business is now a fact of life. Almost all companies, across all industries at so...