IEPF Compliance for a Company: An Overview 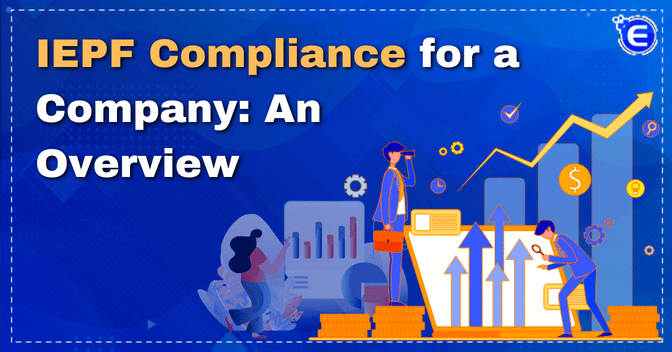 The IEPF, Investor Education and Protection fund, is a statutory body established under the Companies Act, 2013. The fund is established to safeguard the interests of the investors and impart awareness among prospective investors. Henceforth, the company transfers all the unclaimed amounts into the IEPF fund after a prescribed period. This amount can be reclaimed by the shareholder on an application made to the company. In return, the company is then required to maintain records of all the information on the unclaimed amount held and comply with regulatory requirements of the IEPF authority. The current article will try to simplify the IEPF Compliance for a company under the IEPF (Accounting, Audit, Transfer and Refund) Rules, 2016[1].

To understand the IEPF compliance for a company, it is necessary to understand the nature of the amounts that are deposited. Section-124(5) of the Companies act 2013 states that the company is eligible to transfer the unclaimed amount to the fund established under Section 125 (1). The fund enumerated under section 124 is Investor Education and Protection Funds, which is established under Section- 125(1). Further, Section 125(1) of the Companies Act, 2013 states the amounts that are eligible for claiming:

Moreover, Section-125(1) of the Companies Act, 2013, read with Rule 3 of IEPF (Accounting, Audit, Transfer and Refund) Rules, 2016, statesthe amounts that the IEPF receives as a fund, which shall be as follows:

It is required to fill various forms in the process of IEPF compliance of the company under IEPF (Accounting, Audit, Transfer and Refund) Rules, 2016. It is mandatory that these forms be filed at a prescribed time and shall be submitted with the IEPF authority. The company is also required to maintain records containing the details of shares or amounts transferred to the IEPF. Below mentioned are the forms that need to be filed for IEPF compliance.

To increase the scrutiny over the handling of unpaid shares and the amount of the shareholders by the company, the Companies Act, 2013 has made it mandatory that the company shall furnish all the records of unpaid amounts with the IEPF authority established by the Ministry of Corporate Affairs. As mandatory IEPF compliance, the company shall furnish all such records at the discretion of the authority.This exercise protects the interests of the investors as well as the companies from any alleged fraud on account securities. Hence, when required, the above-mentioned forms should be submitted to the competent authority for a seamless recovery of shares or other securities.

Requirements For Forming a State Co...

A state Co-operative Society is defined as an association of persons who united voluntarily to...

Regulation 12 of the Insurance Regulatory and Development Authority of India (Insurance Web Agg...

Understanding the key aspects of Mi...

In developed countries, Insurance is an essential part of life, but its access has been highly...