How Blockchain Technology will Revolutionize Finance and Auditing? 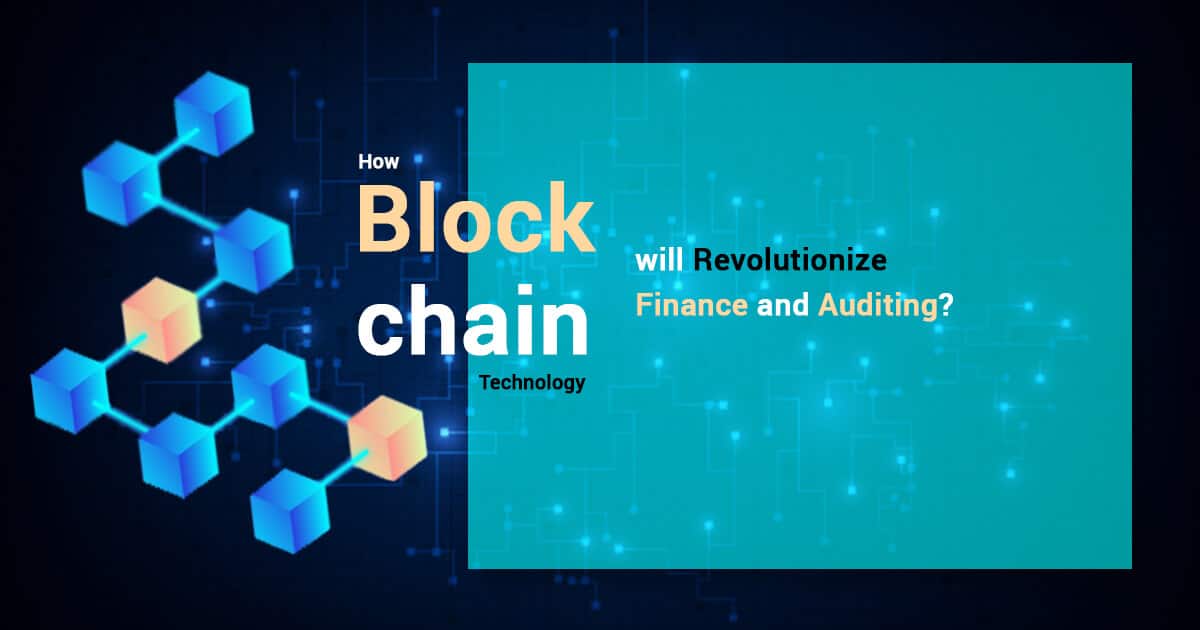 Blockchain technology is the second generation of the internet and, every single company is going to need a blockchain strategy. Many firms in the finance and audit sectors have already invested money, time and energy in assessing how it will disrupt their established business models. Blockchain has the potential to transform industries of different sector i.e. from the financial sector to public to health care.

Evolution of Blockchain in the Finance and Auditing

The introduction of smart contracts was the key development in blockchain technology. On a blockchain, the Smart contracts are computer code stored that executes actions under specified circumstances. Smart contracts enable counterparties to automate tasks that are usually performed manually through a third-party intermediary. It also results in speeding up the business processes, less operational error and improves the cost-efficiency. It enables monitoring and enforcement of contractual promises and also reduces settlement timing. Further, it also improves contractual compliances by reducing fraudulent practices and ambiguity in the transactions.

A blockchain is a process that allows parties to transact directly with each other through a single distributed ledger by eliminating the needs for centralized transaction processors.

Following are the benefits availed by the consumer and company in the finance and auditing sector:

Using blockchain technology Transactions can be settled in less than a few seconds as compared to the current financial systems which take up to a week to settle payments. Through blockchain, the settlements can be increasingly optimized reducing the amount of time and money needed.

Further, at banks, the need for a lot of middle offices and back-office staff will be removed as transactions settle almost instantly in the blockchain process.

Blockchain helps in reducing counterparty risk as the transactions are settled instantly which results in removing the substantial part of risk the party involves cannot meet its obligation.

Blockchain improves the contractual performance by using the smart contracts which shorten the time needed to finish the process or transaction related to finance. A complex financial asset transaction due to automatic settlement using smart contracts can get benefit from the blockchain.

Using blockchain and smart contracts gently increase the transparency in the financial sector, the user wants several privacy-minded solutions which are being disclosed on the blockchain.

Banks are using blockchain for remittance because sending money to another country is an area ready for change. As banks and other industries are innovating with the relatively new blockchain technology.

Anyone who has a smartphone can receive or send money almost instantly through blockchain smart contracts[2] combine messaging with the settlement process. As a result, the benefits are substantial, and the speed of transactions is improving inventory management.

All the blockchain ledger are maintained by the active nodes in the blockchain technology which is considered reliable. As a blockchain includes the transfer of value between two parties so neither a single can control a blockchain nor can modify the same because the nodes on the blockchain network can come and go but the network integrity and reliability will remain the same.

Blockchain Technology is a New Form of Database

The difference between these two is the determination that which parties are allowed access to the network. In permissionless a blockchain may be shared publicly with anyone who has access to the Internet also termed as a public blockchain.

When it is shared with only certain participants termed as permission or Private blockchain.

The Impact of Blockchain in the finance and auditing

Auditors could deploy more automation with the help of blockchain-enabled digitization, analytics, and machine-learning capabilities. All the documents could be encrypted and securely stored as well as linked to a blockchain. For example, Supporting documentation, such as contracts, agreements, purchase orders, and invoices. Auditors can access to unalterable audit evidence which results in upgraded financial reporting and auditing.

In blockchain technology auditors are encouraged to monitor developments as they have an opportunity to evolve, learn, and capitalize their own proven ability to adapt to the needs of a rapidly changing business world. This also helps in contemplating the skills that will be required for auditors in the future to meet the demands of the market in the business world. This technology is already impacting the auditing in a good way to record the transactions and playing a significant role in equity financing, capital markets, mergers and acquisitions, regulatory compliance and also in the efficient functioning of capital markets.

Also, Read: What is Blockchain Technology

Global Transfer Pricing in China: A...

It is also known as the Transfer Cost. It is the cost at which the separate divisions or depart...

What are the Key Advantages of Outs...

One of the smartest things that your firm can do in terms of its business services is to outsou...

An Analysis of Compulsorily Convert...