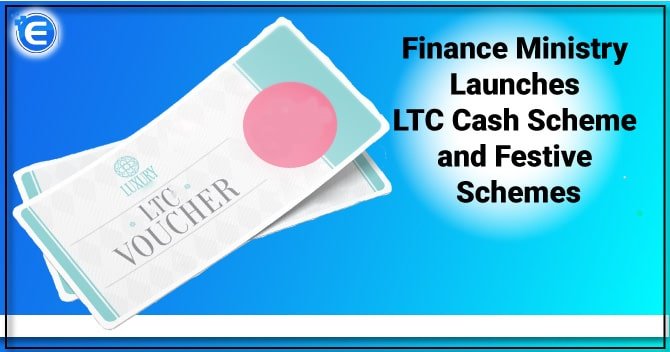 The Government and Finance Ministry has introduced the LTC Cash Scheme and other festive schemes. The main motive of the government through these schemes was to frontload expenditure and offset some charges later.

In a press conference at the National Media Centre, New Delhi, the Finance Minister Mrs. Nirmala Sitharaman[1] brought about several schemes to increase the amount of demand in the economy.

These steps will frontload expenditure and let the charges be offset later. Apart from this, these steps will also contribute to the development of the Gross Domestic Product (GDP).

What are the Schemes brought out by the Government?

The Government brings out the following schemes:

LTC Cash Scheme- What is it?

The LTC is an abbreviation for the Leave Travel Concession. This scheme is available for employees in Government offices and the Organised Sector. This scheme was brought out due to the increase in savings of individuals during the Covid-19 lockdown. The government plans to incentivise individuals through this scheme. This scheme would include any form of leave encashment.

Any money under this scheme can be used to buy products which attract 12% GST, thereby increasing the amount of consumer demand. However, this LTC Cash scheme is only applicable for places which are registered in a digital platform.  This scheme would only be available to products sold digitally until 31 March 2020.

Festive Advance Scheme- What is it?

Festive Advance Scheme like the LTC Cash Scheme is a festive scheme which would apply to employees in the Central Government. Under this scheme Rs. 10,000/- would be payable to employees. Such a scheme would be repayable in the form of ten instalments. This amount would be given in the prepaid Rupay Card. The amount has to be utilised by 31 March 2021. There is no amount of interest which is accrued on this scheme.

The LTC Cash Scheme and Festive Advance Scheme are major festive incentives that are launched by the Finance Ministry.  To revive the Indian economy, these schemes were launched with a motive to increase GDP and consumer demand. The LTC Cash scheme would apply to government employees and individuals in the organised sector. The Festive Scheme would apply to central government employees.

The Income Tax Department of India has extended the last date of PAN-Aadhaar linking for the ei...

The Occupational Safety Code, 2020 was passed and introduced in the Lok Sabha on 19 September 2...