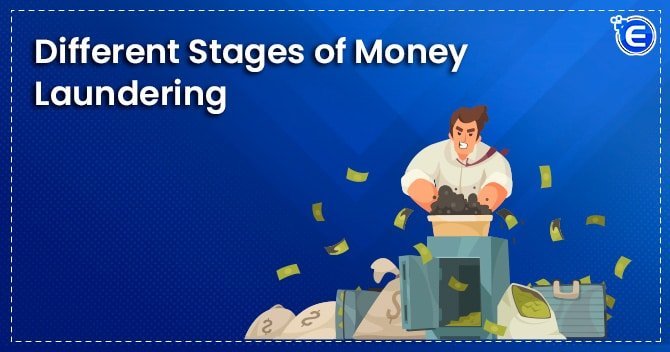 Money laundering is generally viewed as the conversion of property derived from a criminal offence to conceal or disguise its source of origin. Immense profits are being made by doing illegal activities such as Human trafficking, sales of arms and prohibited drugs, extortion, corruption, theft etc. So, wrongdoers find out ways to conceal the origin of money derived from such activities to use it in a way they want to. For example, illegitimate funds might be used to purchase a luxury car. The car is sold, and the unlawful fund is now in a bank account. To do this, the money must go through different stages of money laundering.

The Problem: Not everyone accused of Money Laundering Is Guilty

Innocent people are becoming victims and are entangled in the charges of Money Laundering. For any system to run smoothly so that it functions in the right direction, it is essential to keep checks and balances on the functioning of the enforcement agencies. “Let a hundred guilty be acquitted, but one innocent should not be convicted” is a fundamental guiding principle that forms every essence of investigation. The Directorate of Enforcement (ED) in the Department of Revenue, Ministry of Finance, investigates money laundering offences. If we look into data of ED’s investigation in money laundering cases, we will find ED has done quite a good number of inquiries, but the success rate is not much impressive as a result conviction rate is also very low. The ED should not necessarily limit its powers and function but must also not act arbitrarily while assessing different stages of Money Laundering

Money laundering in India is governed by The Prevention of Money Laundering Act (PMLA)[1] of 2002. The main aim of the Act is to prohibit and regulate an individual from engaging in a transaction which involves proceeds from a scheduled offence, to confiscate and seize the property acquired from the laundered money, and to deal with any other issue concerning money laundering. If the person is framed for charges of money laundering, then as per section 24 of the said Act Burden of proof lies with the accused to prove his innocence.

What are the stages of Money Laundering?

If we look into how money launderers conceal their illegal proceeds, we will find specific ways that these fraudsters follow. Three common methods are first to disguise the origin and actual ownership; second, to maintain control over proceeds; thirdly, to change the form of the illicit money so it re-enters the financial system. Therefore, there are three stages of money laundering.

Placement as stage of Money Laundering

This stage of money laundering represents the initial entry of the funds into the financial system. In the money laundering process, the placement stage entails the physical movement of cash or property away from its origin and placement in the legitimate financial system. The money launderers devise several techniques to disguise the origin of tainted properties .Some of them are like channelizing illegal funds through legitimate businesses that deal majorly in cash transactions, breaking significant funds into the small amount and depositing it directly into the bank, creating fake invoices, smuggling funds overseas where Anti-money laundering laws are comparatively weaker.

By placement method, illicit funds are made more liquid so that they can be easily transferable and converted into other types of financial assets. At this stage still, the origin of the source is traceable. The next phase of money laundering aims to completely disguise the origin of the illicit proceeds.

Layering as stage of money laundering

This is a process of making the source of illicit money challenging to detect to as much extent as possible. It is done by creating a complex web of financial transactions aimed at concealing audit trails and maintaining anonymity. This is done by moving money to offshore bank accounts in the name of shell companies or using Electronic fund Transfers for layering the Transaction, moving funds to multiple banks or financial institutions or in the same bank under different accounts, Converting cash into financial instruments such as money orders, wire transfers, stocks, bonds, life insurance and letters of credit, Using professional intermediaries or associates to handle transactions. To detect layering in money laundering, Enforcement directorate employees or KYC employees monitor tell tales signs or red flag signs in spite many efforts by money launderers to confuse the investigating agency.

Layering can be traced by frequent transactions, funding speeds, frequent use of wire transfers into and out of accounts, and transferring money from high-risk countries or account to low-risk countries or accounts. The investigating agency may also be able to know about the layering process by contextual information such as comments that one makes about their transactions and also by screening or monitoring software.

Integration as stage of money laundering

This is the final stage of money laundering. At this stage, there is a revival of laundered proceeds back into the legitimate economy in such a way that it re-enters the financial system as fair and standard business funds. Most of the redemptions are usually through buying luxurious assets like properties, jewellery etc. – items that require a large amount of money and will not draw as much attention. There are other ways also, such as capital market investment or by starting a webpage and showing profits from that source.

This stage is a cumulation of a successful money laundering process. It is to be noted that stages of money laundering do not necessarily exist when the launderers are in the process of doing so; it is purely based on the experiences of investigators who have undertaken such operations and have succeeded also.

Now that we have understood the different stages of money laundering let us know the method/trend that money launderers typically use. Some of the most common methods are Smurfs, Mules and Shell.

Smurfing is basically the Act of breaking up a transaction involving a large amount of money into smaller transactions below the reporting threshold. Financial institutions are required to report large deposits that exceed a particular amount, or those do some suspicious activity; therefore, by depositing small amounts or doing smurfing, money launderers are able to escape and make funds look legitimate.

Shell or Shell corporations are illegitimate in all ways as these are often called ghost companies and are used by money launderers to launder black money. These companies do not have any premises, employees or operational assets. Shell companies are being set up in areas where there are chances of anonymity which allows them to make deposits and transfer money into different accounts. Shell companies also allow people to do tax evasion

First and foremost, it is crucial to establish that the money in question is from criminal activity. It must also be proved that a person accused of having illicit money was actually aware of the illegal nature of the activity involved. As the first stage of money laundering is placement so it must also be established that a transaction took place after obtaining money. In money laundering cases, the “Source of Money” forms the very essence of the entire case. The ED’s primary focus should always be the source of the money, not the accused involved. If the origin of money is not illegal, you have not done money laundering in the first place. It is essential to note the burden lies more on the accused than on prosecution comparatively.

Thirdly, it is essential that to establish the person is actively involved at all or any of the stages of Money laundering, either at the placement stage or at layering or at integration.

In order to frame charges, it is vital to establish a link between the individual involved and the criminal activity. The most crucial part on the side of the prosecution is to prove what was done with the money laundered. It must be proved by evidence the people knew the presence of criminal activity, and they earned from the illicit Act, and also they tried to hide the fund and source of it so make it look clean money.

Money laundering is a crime which is a real threat to any economy, and its impact is severe and extensive. The severity of the offence gives rise to the most important discussion that the process of investigation by ED must be done in a fair and just manner, and all the stages of money laundering must be assessed adequately so to avoid any discrepancy in the investigation process.

She holds degree in B.COM, LLB (Delhi University), LLM (NLU, Delhi) and is also NET Qualified. She has previously worked as an Assistant Professor of Law in renowned university. She has a keen interest in writing on legal topics using academic and professional acumen.

Recently, the Appellate Tribunal of Prevention of Money Laundering Act, 2002 (PMLA) came across...