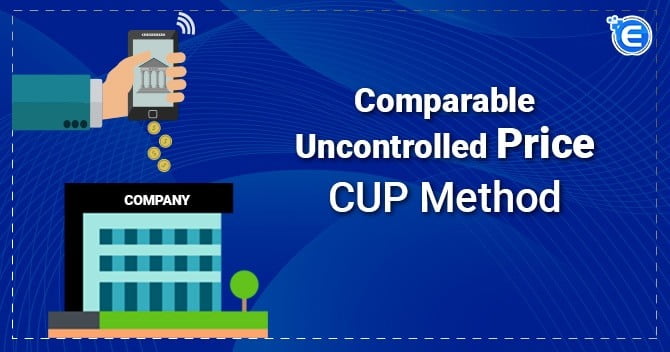 Transfer pricing can be defined as the price paid for the goods or services provided from one unit of an organisation to the other unit situated in different countries. To calculate the transfer pricing, various methodologies have been devised out which Comparable Uncontrolled Price (CUP) method is one such method. This piece of writing discusses the meaning, methodology, usage, regulatory framework, advantages and disadvantages of CUP method.

The CUP method is used where the nature of the product dealt by an organisation is same and where similarity can also be observed in terms of geographical markets, credit terms and risk involved. There are two types of Comparable Uncontrolled Price methods:

Internal CUP method: In this case, the buyer is the subsidiary of the selling entity and the seller also sells the same product to some other external entity within the same geographical market where the subsidiary also operates.

Some of the factors that are generally used for the purpose of Comparable Uncontrolled Price method are nature of service, time period, geographical market, contractual terms etc.

How does the CUP method work?

How to identify whether an uncontrolled transaction is comparable or not?

In order to identify whether an uncontrolled transactions is comparable or not, a person must find out answer to the following two questions:

What can the CUP method be used for?

The CUP method is most useful for the commodity transactions where the same products are sold in the controlled and uncontrolled transactions. Here, an important thing to note is that products must be of similar quality, quantity and type in both the transactions and transactions ought to happen roughly at the same time in similar conditions, at the same stage in production or in distribution chain.  This method can also be used where there is slight difference in the product so long as the difference does not bring a material effect on the price. If there exists a material effect on the price and one fails to make adjustments to eliminate this material effect, then a need for different method arises.

What are the regulations on CUP method?

The regulations related to Comparable Uncontrolled Price method are found in Rule 10B(1)(a) of the Income Tax Rules, 1962. The regulations state that:

Advantages and Disadvantages of CUP method

Among other methods, CUP method is the most effective transfer pricing method. However, it can be time consuming and may get complicated at times. Therefore, it is suggested for the organisations to take care of it and avail the services of professionals in getting it done.

Read our Article:An introduction to the 5 Transfer Pricing Methods

Today, all international transactions between associated enterprises are influenced by the tran...