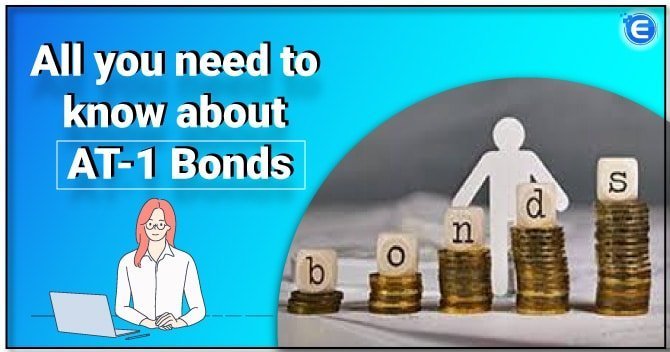 The Reserve bank of India (RBI) has considered an application to write down Additional Tier-I (AT-1) bonds as a part of a package of SBI-led restructuring package for Yes Bank. So what do AT-1 bonds really mean? The AT-1 bonds are types of perpetual, unsecured bonds that banks issues to shore up their capital base to the Basel-III norms. Basel III norms are the norms that have been formulated by all the global banks mutually for the purpose of safeguarding the international banking system.

By looking at the Yes Bank crisis, the Reserve bank of India (RBI) has allowed to write down the Yes Bank’s AT1 bonds as a part of the entity’s revival plan.

What are AT-1 Bonds?

The AT-1 bonds are types of perpetual, unsecured bonds that banks issues to shore up their capital base to the Basel-III norms. Basel III norms are the norms that have been formulated by all the global banks mutually for the purpose of safeguarding the international banking system. The collapse of even a single bank in the economy creates havoc in the country. Needless to say what will a collapse of the entire banking system will mean.

There are generally 2 routes through which the bonds can be acquired:

Whom does bank issue AT-1 bonds?

One of the crucial Basel III regulations are norms is that the bank required to raise the capital internally before doing so externally by means of loans and deposits. As per this basil norm, the Indian banks are obligatory to maintain a total capital ratio of an 11.5%. About 8% of this capital is known as Tier 1 capital, which fundamentally comprises of the funds raised by the banks internally, for example, reserves and equity shares. The rest 1.5% of the capital of the bank is called Tier 2 capital which includes supplementary reserves and hybrid instruments.

The Additional tier bonds have some specialised and unique features mentioned below:

As already mentioned before, the AT1 bonds are perpetual, which means the investor cannot sell or redeem these bonds. In fact, they don’t even have a date of maturity. However, these special bonds have a call option that permits the banks to redeem them after 5 to 10 years. This means that the only bank which can decide whether to redeem that bond or not to redeem it will totally depend on the special circumstances. Any bank, having any particular clause of repayment of At-1 bond prematurely in the agreement, can also redeem these bonds even before 5-10 years.

The Additional Tier 1 bond has a fixed interest rate called a coupon rate. The issuing bank shall pay the interest at such a rate to the holders of the AT-1 Bond. Now, the banks have the option to choose not to redeem these bonds, instead pay interest on them lifetime. However, in the case where the capital ratio of the issuing bank falls more than 8%, it can choose not to pay interest or pay only a part of interest for a specific year.

All stated the most prominent feature of an AT-1 Bond is the threat linked with the principal. In case the issuing bank’s Tier I capital falls below a certain percentage i.e. 8%, the Reserve Bank of India (RBI) can ask it to write-off its outstanding AT1 bonds devoid of even looking for the investors’ approval. That said, in the event where the issuing bank’s capital Tier 1 capital ratio falls below 6.125%, the bank can cut or write-down the principal value/ face of the bond either temporarily or permanently.

RBI Regulation on AT-1 bonds over banks

Now, from the above discussion, it is now clear why the Yes Bank did what it did. The Yes Bank wrote down its AT-1 bonds , due to which why Yes Bank able to report its Income which is Rs. 6297 Crores and a net profit of Rs 2629 in quarter 4 of the financial earning 2019-20. The AT-1 bonds were introduced after the 2008 global crisis to protect the depositors of banks. However, RBI keeps on brining new provisions to regulate the crucial banking industry. If you wish to know more about RBI provisions, you are advised to go through our blogs on the Enterslice website.