Analyzing new budget through the perspective of NBFC and Banking 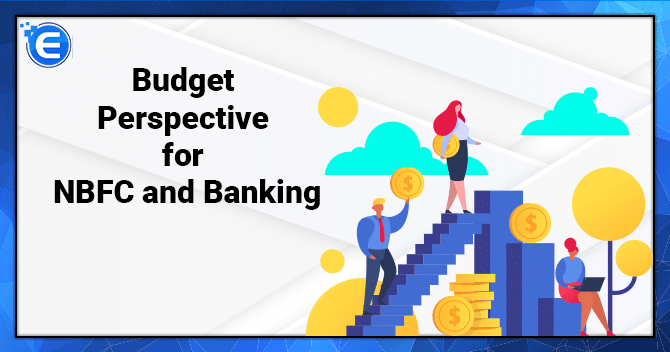 The Union Budget 2021-22 has evidenced a sharp increase in Capex allocation and outlining manufacturing as a key pillar for the economy, while rightly allowing for a higher fiscal deficit, given the low-interest scenario the perspective of NBFC and Banking. Union Budget has pegged the current year’s (FY20-21) budgetary deficit at 9.5%. The fiscal deficit target has been above the market expectation for both years. The anticipation for FY20-21 was around 7.5%, while for FY21-22 was around 5.0%-5.5%.

In the Union Budget 21-22, the FM announced the target of ₹ 1.75 lakh crore for disinvestment. Notably, all strategic stake sales announced already would be completed in FY22E, while Niti Ayog has been tasked with working on the following list of PSUs for disinvestment. Among all the new companies in which government stake would be monetized next year has included two banks and a general insurer. Notably, the LIC of India would also form part of the FY22 disinvestment agenda. The government has also announced an asset monetization plan for encashing several operational assets such as power transmission projects, NHAI toll roads, oil & gas pipelines,  warehousing assets, tier 2/3 airport assets, and sports stadium, etc.

Perspective of NBFC and Banking is primary focus

Setting up an (ARC) Asset Reconstruction and Management Company or bad bank to take up existing stressed assets with a singular focus on resolving stressed assets recovery remains optimistic for the banking sector, especially PSU banks[1]. Further, ₹ 20,000 crores, capital infusion to strengthen PSU banks’ balance sheet and focus on growth. The infrastructure and development push from budget to fuel banking credit growth from the perspective of NBFC and Banking.

After this government announced a merger of 13 public sector banks into five central banks, the government has taken the first step towards privatizing state-run banks, starting with the divestment of two PSU banks, in a bid to expedite long-awaited reforms in a banking sector.

The government remains committed to augmenting farm income with record procurement of farm produce (Wheat, Rice, Pulses) from domestic farmers for FY21. Rice procurement is at ₹ 1.72 lakh crore for FY21, wheat procurement is at ₹ 75,000 crores, and pulses at ₹ 10,000 crores. It also emphasized doubling the fund’s under NABARD for micro-irrigation for FY22 at ₹ 10,000 crores vs. ₹ 5,000 crores in FY21. Budget 2021-22 also set a target for agriculture credit at ₹ 16.5 lakh crore for FY22. It also talked about the introduction of agricultural infrastructure and development cess on certain products.

Commercial Vehicles space receives an impetus in the Budget 21-22

Financial Sector is a backbone of the economy and has been one of the focus areas in the overall scheme of bringing back a demand and boosting the economy from the perspective of NBFC and Banking sector. FM has specifically announced Rs 1 lakh crore liquidity boost during the current financial year. This is not the only source of money for NBFC, but this is going to be a new source. So clearly, it would add to the overall liquidity situation for NBFCs will have a positive thing. The FM did emphasize that funding should be made available to fundamentally-sound NBFCs by mutual funds and banks.

Read our article: Regulatory Framework for NBFCs: A RBI Revision

RBI’s Deputy Governor N.S Vishwanathan said that there is adequate liquidity facility in the...

The audit report of the company is a key deliverable which shows the end results of the entire...

Fair Practice Code of one industry is different from that of another. It states that the sector...