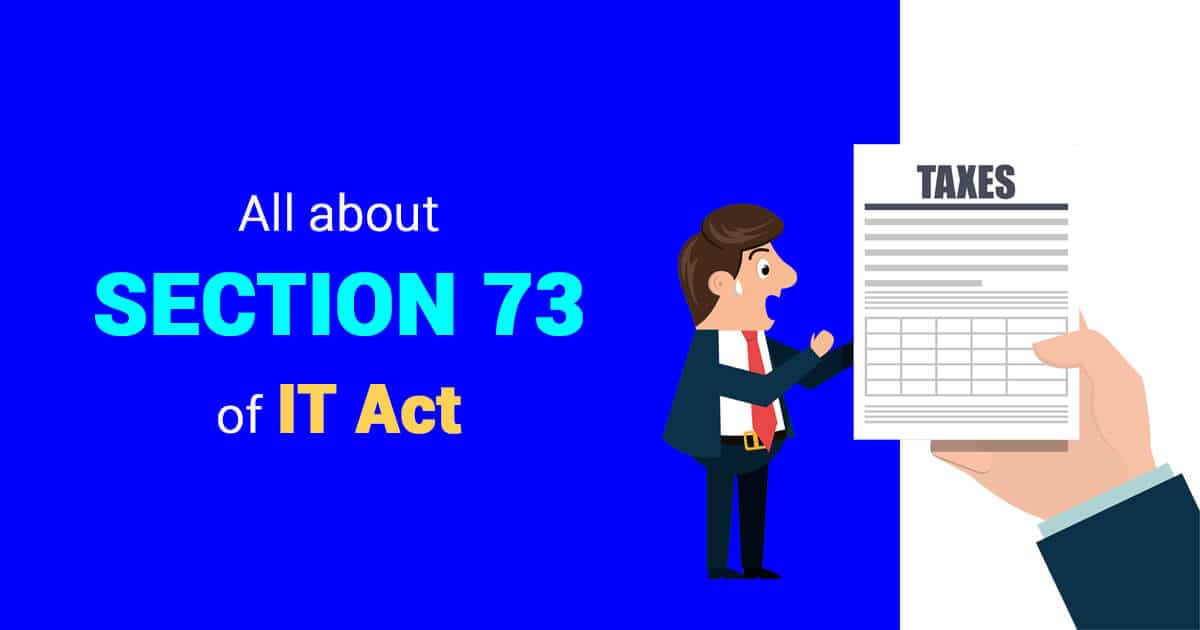 Income Tax Act, 1961 includes the provisions for taxation of any kind of income earned by an individual. Major heads for the categories of income for tax assessing are:

Right classification of income under different heads plays a vital role in assessing the tax liability as different methods are used for computation of tax, the deductions claimed. The tax rates are also different depending upon the class of income.

One such method for assessing the income also depends upon the nature of the transaction, i.e., whether it is speculative & non-speculative. Section 73 of the Income Tax Act, 1961[1] deals with speculative income, which is discussed henceforth.

Carry forward and set off losses from speculation transactions are dealt with under Section 73 of Income Tax Act, 1961. Speculative transactions are the purchase or sale of any goods & commodity where the commodity is not transferred or delivered; rather, they are just settled otherwise.

For example, an individual (farmer) agrees to sell rice to another person in two months’ time at a price of INR.100/kg. The farmer speculates that the prices of rice will fall after two months as per his observations. Now, after two months, the price of the rice actually falls to INR 80/kg. The farmer, therefore, makes a profit of INR 20/kg. This would be his speculative income.

Section 73 of the Income Tax Act, 1961 does not apply to the following:

Treatment of loss from Speculative Business

As per section 73 of the Income Tax Act, 1961 losses from Speculative Business are treated as follows:

How to Start a Company in USA from...

A company can be started in the USA either in the form of a ‘Corporation’ or ‘Incorporate...

All about Income Tax Intimation Not...

Once an individual has verified their tax return, the income tax department starts processing I...