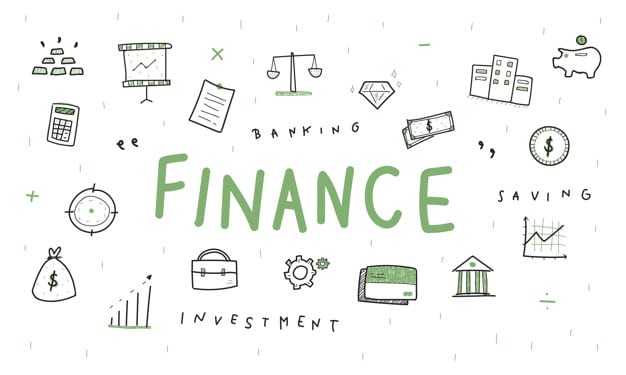 The Reserve Bank of India in its latest move on 22, November 2019, has enhanced the exposure limit enforced on investors in peer-to-peer lending platforms to ₹50 lakhs in place of only ₹10 lakhs previously. This definitely comes as an affirmative attempt to give the sector enough scope to grow to its full potential. To obviate any misinterpretation, please make note that the concerned limit is applied to an aggregate (total) amount an investor can allocate for investment on P2P lending platforms.

A number of NBFC companies, industry players, and even economists have cherished the idea saying it was a much-awaited movie of the RBI and the government. NBFCs, in general, have been an excellent instrument in filling the financial gap that Banks have overlooked or failed to meet. And among numerous forms of NBFCs functioning and growing at an unprecedented rate across the globe, NBFC P2P Lending platforms have been also gradually making ground.  Before we make a more detailed discussion on the subject, let us first start from the basics that why should you even care about peer to peer lending platforms.

What is P2P Lending?

Peer-to-peer lending is commonly known as the ‘P2P’ lending platform, which is an online financial portal that operates to serve as a link between the investors and borrowers. By providing an extremely effortless way to invest and borrow funds, P2P lending platforms have significantly minimized the efforts traditionally associated with issuing of loans.

To draw more of a character sketch, the P2P lending platforms do not lend their capital, however, they only act as the enabler of the process of lending and borrowing beyond the framework of the traditional banking system. P2P lending platform has turned out to be an excellent source for loans and investment needs, with the element of effortlessness in abundance.

What is so effortless about P2P lending?

P2P lending has rendered the process of investing and borrowing capital effortless by making it accessible through online channels. In other words, funds are made available to the borrower in a matter of a few clicks, who were otherwise be personally visiting banks for never-ending documentation, verification, and approval.  On top of the ease and simplification redefined in the P2P lending, it also constitutes the lowest interest rates that run inversely proportional to the time required in the process. In simple words, P2P lending works in real-time and disburses the funds to the borrowers within 24 hours. (Subject to policies framed by the funding NBFC)

Having all that concurring, P2P lending has significantly revolutionized the entire concept of lending and investing, allowing the traditional lending and borrowings system to take the back seat. However, that being said, there no dispute on the fact that the P2P business is in its nascent phase and governments are required to pay enough heed towards its growth. And the decision of increasing the cap on investment in P2P lending to 50 lakhs, the Reserve Bank of India has proved that it is paying attention to the sector with enormous growth potentials.

The Increased Lending Limit in P2P Businesses in India

Coming back to the latest development surrounding the P2P lending in the non-banking sector, let us discuss the ins and outs of the announcement.  In the conference held in Bengaluru, the RBI chief Mr. Shaktikanta Das said: “At present, the aggregate limits for both borrowers and lenders across all P2P platforms stand at₹10 lakh.”

Further, he said, “In order to give the next push to the lending platforms, the aggregate exposure of a lender to all borrowers at any point in time, across all P2P platforms shall be subject to a cap of ₹50 lakhs.”  The promulgation came as a response to a long-standing demand for an increase of limits in P2P lending. In the course of the same, several letterheads were directed to the Finance Ministry of India, and to the Reserve Bank of India, outlining the prospects of the NBFC in rendering the Indian economy large gains.

The Association of NBFC P2P Platforms which was founded in the last quarter of 2018 has also expressed satisfaction saying “The increase in limit showcases the high growth potential of the industry and confidence of regulator on this emerging asset class. We see this as a positive movement and a big boost to the nascent industry, which is going to provide an alternative banking solution for investors and borrowers.” A representative of the association also informed the media that their request was initially of 1 crore, however, they still appreciate RBI’s proactive stance in addressing the needs of the developing sector: NBFC P2P.

It would not be a wrong assessment to make if we conclude that much of the constraints that were preventing the sector to achieve its full potential were posed by the ‘cap’ of ₹10 lakhs on the investment in P2P lending. And with this announcement, numerous doors have opened for the industry to catch up with the economy.

Whether the new limit is set to ₹50 lakhs or 1 crore, the most plausible of the deeds is the fact that the Government of India and the central financial regulatory body, the Reserve Bank of India has successfully met the demand by taking a proactive stance towards the needs of the NBFC P2P sector to increase its investment limits. And it would not be an over-assessment either that the announcement may now attract and interest a large number of entities looking for investment and make greater profits as compared to merely thriving on the negligible interest rates, received from traditional banking systems.

Difference Between P2P and Mutual F...

You definitely must be looking for an option to invest in order to save money for the future. T...

Peer to peer lending was not regulated in India, until 2017. Looking at higher NPA worldwide, R...

The P2P Lending License is a basic requirement to use such online platform. Both Lenders and Bo...