How to Open a Branch Office in Canada? 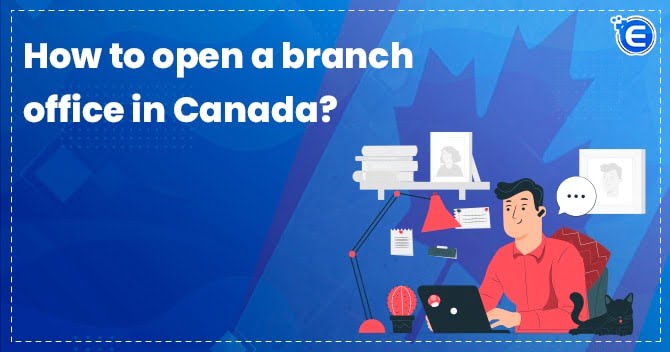 Foreign businesses that are willing to expand their business in the Canadian market have several options, which include the opening of subsidiaries or branch offices in Canada. Out of these two structures, the foreign parent company has the option to choose from any of these two business vehicles depending on various factors such as taxation, independence of the company registered overseas etc. This piece of writing touches on all the aspects of opening a branch office in Canada.

What Is A Branch Office In Canada?

Characteristics of a Branch Office in Canada

Some of the characteristics of a branch office in Canada are:

Procedure for Opening a Branch Office in Canada

Following are some of the important documents to be filed for opening a branch office in Canada:

The parent company has the option to hire a local agent or engage the services of professionals in carrying out the registration of branch offices in Canada.

It must be remembered that the above-mentioned documents need to be signed and notarized by a public notary in Canada in order to be accepted for opening a branch office in Canada.

Registration of branch office at the federal level

Where the parent company decides to open a branch office at the federal level, the parent company needs to register itself with the Companies’ Registrar. This registration requires submission of the required documents at the Federal Trade Register.

Opening of a bank account in the branch office name

Registration with the GST and Tax authorities

A branch office also needs to register itself with the Tax and GST[1] authorities, who will then issue a unique tax number and Goods and Services Tax (GST) number to the branch office. These numbers are issued by the Revenue Agency in Canada.

There is a possibility that the foreign company wants to carry out its operations in a particular jurisdiction of Canada only. In that case, the branch office needs to be registered with the trade registrar of a particular province or territory. At the same time, it has the option to register itself at the federal level.

Scope of Activities Undertaken By the Branch Office

Another option that is sought by the foreign companies is entering the Canadian market with a non-resident company which comparatively offers a greater independence to the entity. However, the process of its registration is more cumbersome than opening of a branch office in Canada.

Information about the Parent Company for Registering the Branch Office

The parent company must be very particular about registration of the branch office in all the jurisdictions in Canada where it wants to operate its business after following all the local rules and procedures.

Appointment of a Registered Agent in Canada

It has been discusses time and again in the above discussion that the branch office will act as an extra provincial corporation of the foreign parent company and therefore there is a requirement of appointment of a registered agent who will take care of the incorporation procedure of the branch office with the Trade Registrar and other tax authorities in the chosen Canadian province and territory. There are cases, where the registered agent offers other kinds of service such as registered address services.

Some of the registered agents also offer the services of providing a virtual official address for the registration purpose before the branch office finally decides the actual address for correspondence.

Requirements to Be Met By Branch Offices before Operating In Canada

All the branch offices of the foreign parent companies operating in Canada need to ensure that all their official documents reflect the following details:

The cost of opening a branch office in Canada is very low which makes it a viable option for those businesses that do not have much investment for the project. Representative Office is also an option to establish presence. However, the drawback with the representative offices is that they are not allowed to carry out any sales. This is the reason why more than 5 thousand Branch Offices operate in Canada.

Read Our Article: How to Start Small Business in Canada

All you need to know about Register...

Considering the ease of doing business in Russia, entrepreneurs from around the world are eager...

How to Incorporate Company in Panam...

Panamanian Corporations are incorporated under the law no. 32 of the year 1927 and the Commerci...