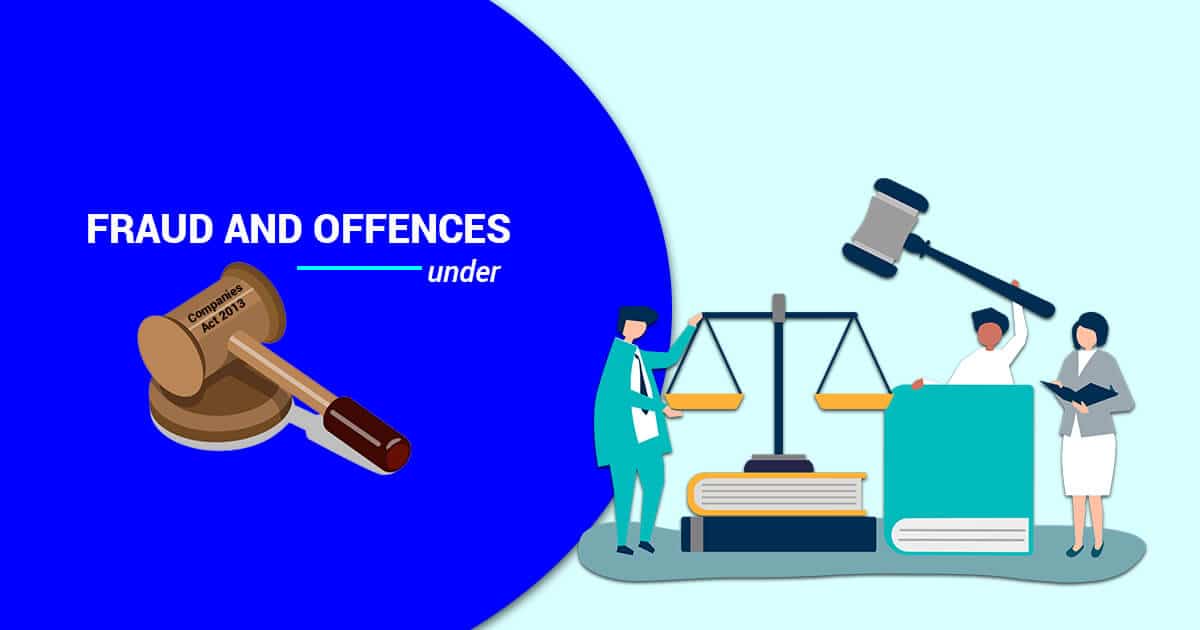 In India, Fraud and Offences have taken place in the form of financial, corporate frauds and scams which require the attention of the Lawmakers. Stringent provisions are taken to tackle the frauds and to evaluate the high standards in corporate governance. The increasing tendency of white-collar crimes now results in stiff penalties, impeccable punishments and effective enforcement of the law with the right spirit.

What is fraud reporting under the Companies Act 2013?

In the case where the fraud is detected by the Auditor, they have to first inform the Board of Directors and then to the Central government[1].

As per Section 143 (12) of the Act, Fraud reporting is the reporting where the auditor has a reason to believe that an offence involving fraud is being or has been committed against the company by officers or employees of the company, the auditor shall immediately report the matter to the Central Government within such time and in such manner as prescribed under the Companies (Audit & Auditors), Rules, 2014.

Sections dealing in the Companies Act, 2013

Section 447 deals with the punishment for fraud i.e. if any person who is found to be guilty of fraud involving an amount of at least-

Fine – The fine shall not be less than the amount of fraud involved, which may extend to 3 times of the amount involved in the fraud.

As per the Proviso Inserted by the Companies Amendment Act 2017

Note – Provided where the fraud involves an amount less than the amount mentioned above-i.e.

It deals in punishment for False Evidence i.e. if the person intentionally gives false evidence –

It deals in case of repeated default i.e.If a company or an officer commits an offence punishable-

Applicability of the section is not to the offence repeated after a period of three (03) years from the commitment of the first offence.

It includes cash of the company.

Fine – He shall be punishable with fine which shall not be less than Rs 500 and may extend to Rs.2000 for every day for the time that name has been used.

How Can I Start My Own Company in U...

The United Arab Emirates is a federation of seven Emirates: Abu Dhabi, Dubai, Sharjah, Ajman, U...

Annual compliance of Producer company is required to be completed by 30-09 of the following end...

OPCs are a separate legal entity similar to that of any registered corporate in spite of its ru...