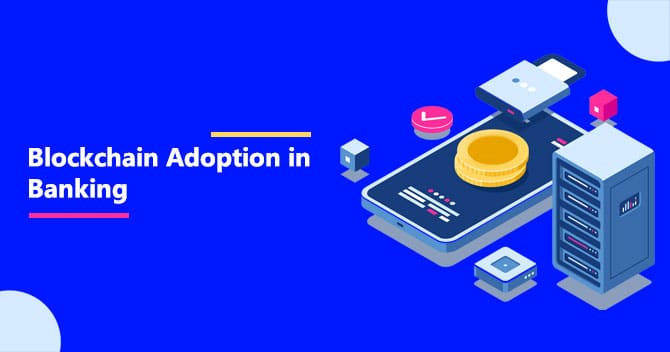 Blockchain technology is used by the government, banking sector, industries, and innovators for supply chain, financial services, healthcare to disrupt and transform traditional business models and also for exploring different ways of using Blockchain technology. Significant business benefits are achieved by the industrialists which resulted in greater transparency, High security, an increase in transparency and reduction in costs.

The view of blockchain adoption in banking system is to ease transactions and to maintain transactions. However, most of the banks are still adopting this technology. It makes easier for trading partners to build trust. Blockchain is a list of transactions or a ledger that keeps a record of every financial transaction.

There are 2 key features of blockchain technology

Blockchain technology is termed as a secure ledger where multiple copies of the ledger are kept. Additionally, in the case of Public Blockchain, the ledger gets published and copied in multiple places. The new transactions get broadcast to a broad network of participants, who add those transactions to the ledger. The system is designed in such a way that everybody’s ledger contains identical information, and nobody is controlling the ledger.

A blockchain shall keep an accurate history of transactions. As there are multiple copies of the ledger and it’s very difficult to alter/delete transactions or adding new transactions that are of no use. For doing the same it will be required to hack thousands of computers to change every copy of the ledger in every location which is believed to be impossible.

Through the use of blockchain technology, it is very easy to maintain transparency in the Transaction histories. Blockchain is categorized as a distributed ledger and network participants which share the same documentation as against individual copies. For any single change in transaction record it would be required to alter all subsequent records and the collusion of the entire network and for the same consent of every person is required i.e. everyone must agree on it.

Thus, data on a blockchain is more transparent than when it is pushed through paper-heavy processes which result in accuracy and consistency. It allows permissible access to all the participants. Therefore, a single change in a transaction record would require the alteration of all subsequent records and the complicity of the entire network.

Blockchain technology is more secure than other record-keeping systems. In blockchain technology, transactions must be agreed upon before they are recorded. Once a transaction is approved, it is encrypted and connects to the previous transaction. The information is stored across a network of computers instead of on a single server which makes it very difficult for hackers to understand the transaction data. Blockchain is playing a vital role in the industry, banking sector and government where protecting sensitive data i.e. (financial) is crucial. Blockchain helps in preventing fraud and unauthorized activity.

Blockchain technology helps in better accountability and also helps in maintaining the historical transaction data that helps in verifying the authenticity of assets and prevent fraud.

For Instance – If the company deals with products that are traded through a complex supply chain, it is very difficult to trace an item from the records. However, When the transactions are recorded on a blockchain, it ends up with an audit chain that shows where an asset came from.

Blockchain technology helps in reducing the cost as it eliminates the third party or middlemen for guarantee purposes. What matters is to trust the data on the blockchain. Cost reduction is a priority in many businesses and blockchain is playing a major role in cost reduction. Further, a person is not required to review so much documentation to complete a trade because everyone will have permissible access to a single and accountable version.

With Blockchain technology, the transactions can be completed very faster and efficiently. As Single digital ledger is used for record-keeping that is shared among the respective persons and everyone has access to the same information, it becomes easy to rely on each other which results in a quick settlement. The technology helps in keeping a track of every single transaction that is useful in several areas.

Here is what you should do for your...

If you also own a medium, small or micro enterprise and you haven’t registered your MSME yet,...

How to Take Music License for Playi...

Does Music add a magical note to your brunches or dinner in a cafe or restaurant? Have you ever...

Trademark Concern in Relation to th...

Marking any identification on the goods has been practicing from ancient times. People since an...