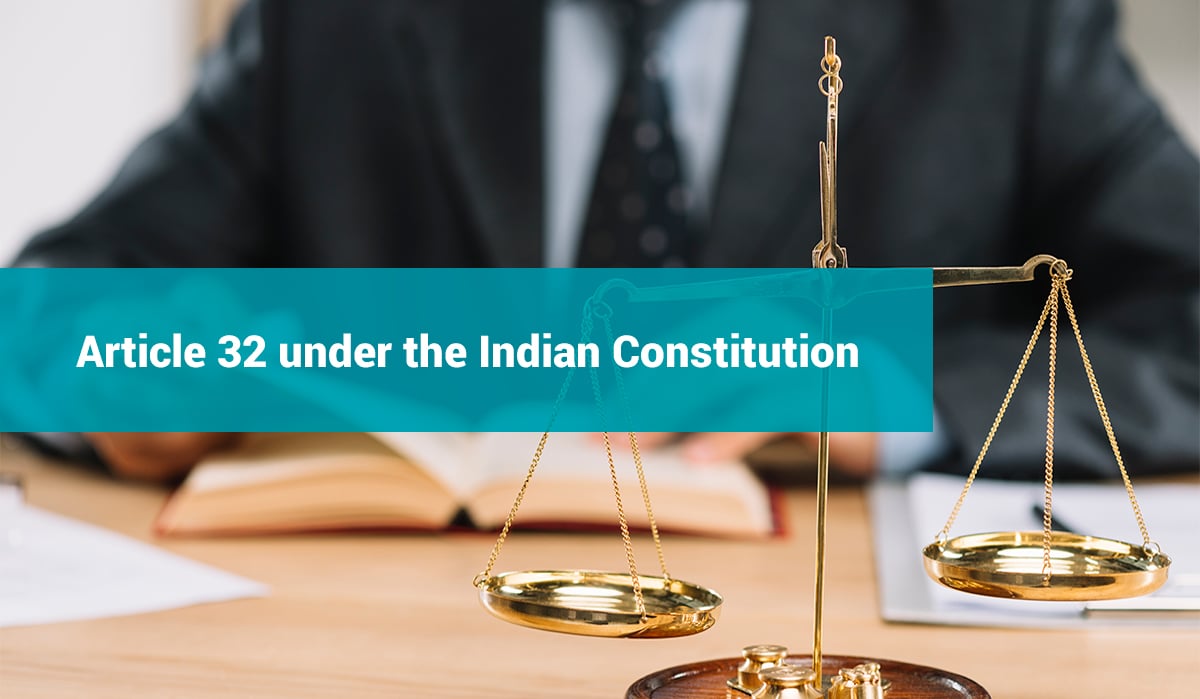 What is the concept and major purpose of the article?

The Indian constitution’s Article 32 brings all rights for you to go to the Supreme Court for seeking justice exactly when you feel that your right is unduly deprived. In fact, the apex court is offering the authority for issuing orders or directions for the implementation of rights offered by the constitution.  It is because they can be considered both the guarantor and protector of the Fundamental rights.

Underthis article, even the parliament can entrust the other courts to exercise the power of the Supreme Court, offered that it is available within the Jurisdiction. If there is any amendment of Constitution, all rights assured by this Article never been suspended.

In simple words, the assured rights are guaranteed to people for the enforcement of basic rights by the article. It is because the law offers the desired right to people to approach directly the Supreme Court with no lengthy process of going to lower courts at first.  It is essential to know that the key purpose of the Writ Jurisdiction under this article is an enforcement of the Fundamental Rights.

What is the significance of this article?

Article 32 is called as soul and very heart of constitution by Dr. Ambedkar.  The Supreme Court includes this line in the fundamental structure doctrine. Also, it makes obvious that the right for moving to the Supreme court never suspended apart from otherwise offered by the Indian constitution. It implies that the right suspended during the national emergency exactly under article 359.

This article is invoked to acquire the remedy related to the fundamental rights. It is truly not there for other legal or constitutional right for that various laws are obtainable.

Remedies for the enforcement of rights

Nature of the Writ Jurisdiction

It offered under the article is called discretionary. Here are key factors to guide the discretion as follow:

What are the major kinds of Writs?

There are roughly about 5 kinds of Writs provided under Article 32 of Indian constitutions which are listed below:

This writ is directing the lower court to conclude doing certain things that the law completely prohibits it from performing. The main purpose of the prohibition is to prevent the inferior court from surpassing its jurisdiction or completely from acting opposing to the Natural Justice rules.

It means to be fully certified. This writ is issued actually where there is any wrongful exercise of jurisdiction, as well as a decision of the case, is according to it.

It is an essential writ developed for personal liberty. Its main purpose is for seeking relief from unlawful detention of a person.

It is issued for the proper performance of both mandatory and ministerial duties. This write is also issued by the superior court to either a government officer or lower court.  Though, it is not issued against the Governor and President.

What are the amendments to this article?

The clauses of anti-freedom are included in Article 32 by 42nd Amendment. This kind of amendment is developed during the emergency time when it is passed for reducing the jurisdiction of High Courts and Supreme Courts indirectly and directly for reviewing the application of basic rights.

The 43rd amendment of Indian Constitution is passed that repealed Article 32A instantly affect the emergency time is revoked. By following this amendment, the Supreme Court gained more power again for quashing the state laws. In addition, the High Court received the power for questioning the constitutional validity of the central laws.

All the constitutional remedies offered to the people are powerful orders equipped with instant effect.  Every writ is invoked completely against the state and is issued while PIL is filed. Article 32 of the Indian constitution brings the right for moving the Indian Supreme court by precise proceedings for the enforcement of rights conferred by Part III of the Indian Constitution.