An overview of the advantages of Transfer pricing 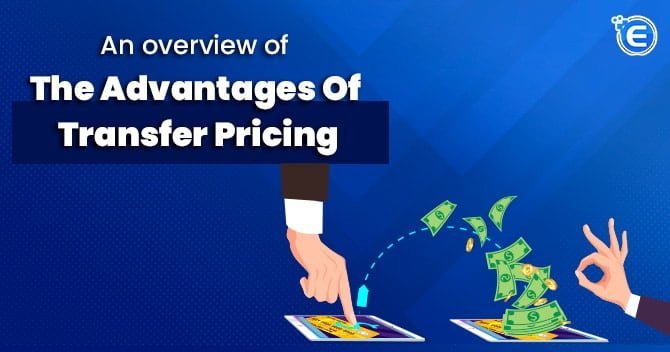 Transfer pricing is a situation where a department or a division of a company supplies products or resources to other departments or divisions within an organisation is called transfer pricing. It is usually a phenomena associated with multi-national corporations who have their offices in different tax jurisdictions since the transfer pricing costs are always lower than the market cost of such products or resources. These multi-national corporations not only sell their products to other people but to other divisions of their organizations as well.

What are the advantages of Transfer pricing?

Following are some of the advantages of the transfer pricing method:

Since the prices of the products supplied to the other departments and divisions of the same company are lower than market prices of the similar products, it gives a big cost advantage to the company in other jurisdictions as it can then become more competitive and sustainable at the same time. For example, there is a company that manufactures both mobile phones and batteries and operate in different tax jurisdictions. Now the battery division of the same company will be able to supply the batteries to the mobile unit in other tax jurisdiction at a lower price making its products more competitive and able to generate higher profits compared to a scenario where they would have purchased the batteries from an non-associated enterprise.

The practice of transfer pricing helps to make the dealings among the different departments of the same organisation more transparent because in the absence of transfer pricing, different departments can charge arbitrary prices for their products which can increase the cost of the product making it uncompetitive in the market. Apart from the product, such arbitrariness by the departments can result in exploitation of the other department who is in need of the product resulting in animosity among the departments which in the long term can cause irreparable damage to the organisations as a whole.

Certainty in the supply of products also counts as one of the biggest advantages of the transfer pricing mechanism. It is quite normal in the business that there is shortage of the supply of raw material from the supplier/ vendors end which can cause disruptions in the manufacturing process. The factor of price volatility is also a cause of concern which can make the product uncompetitive. Transfer pricing helps to solve this problem to a great extent. Since the other department of same company is preparing the raw material, the receiving department can easily predict the price and supply of the raw material at the time of planning reduce the chances of disruptions in supply chain and at the same time making the product more competitive in the market.

The organisations also have an option of getting the raw material customised according to its own requirements and not settle for a standardised product.

Reduction in the income taxes is also among the advantages of transfer pricing mechanism. Imagine a scenario where a department supplies the product to a different tax jurisdiction where tax charges are considerably lower. In such a case an organisation would overprice its goods in the higher tax jurisdiction and send the products to a lower tax jurisdiction. This would lead to balancing of the profits and the business will be able to generate higher profits.

In international trading, import and export of goods and services[1], duty costs becomes a considerable challenge for any business. For multinational corporations dealing with such duties is a daily task. Since, transfer pricing allows offering the products to its own departments at a lower rate, it is also gets reflected in the overall cost of the product. As the cost of the product goes down, the import duty also gets lowered because the duty base is lowered providing benefit to the organisation sitting in other jurisdiction to have cheaper raw material. This consequently makes their product more competitive in the other tax jurisdiction.

Taking into account the advantages of transfer pricing mechanism, it must not be forgotten that transfer pricing is a complicated process because unlike market price which is determined by the forces of demand and supply of the product, transfer pricing is not determined by such forces only. Instead a number of variables come into play while deciding the transfer price. Further, such pricing mechanism has the potential of creating rift and animosity between the departments because the supplier department would feel that it is foregoing the profit which he could have easily supplied in the open market. Therefore, it is suggested to take help of the professionals while deciding the transfer pricing because a number of factors come into play.

An Overview of Top Concerns on Tran...

The focus of the Budget of 2022-23 was inclined towards maintaining the status quo in relation...