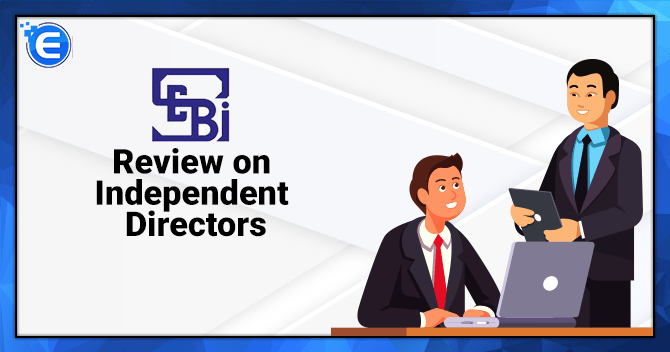 As a result of the lack in transparency in the regulations, SEBI presented the paper to review the provisions of Independent directors.

The paper recommends that the resignation letters of independent directors must be fully disclosed to the stock exchanges.

Key proposals in the consultation paper

The SEBI presented a consultation paper to review the regulatory provisions of independent directors.

The paper contained these key proposals:

Presently, there are several limitations on the KMP (Key Managerial Persons) in a company or for the persons who had a material pecuniary relationship with the company, its subsidiaries or promoters; the cooling off period for each was 2 or 3 years respectively.

In order to balance the interests of the company, SEBI proposed to introduce a single cooling off period must be of 3 years. In simpler terms, it means, any KMP or a relative who had a pecuniary relationship with the company, its subsidiaries or promoters, can be appointed as independent director in a listed entity after 3 years of cooling period.

SEBI in its paper proposes dual approval to be taken for appointment or re-appointment or removal of independent director, through a single voting process & the meeting following 2 thresholds:

SEBI also proposed detailed disclosures by the Nomination & Renumeration Committee (NRC) about selection of candidates for the post of independent director.

When the office of independent director is vacant, a new candidate can be appointed by obtaining shareholder’s approval.

SEBI in the paper proposed that there is a need to strengthen the disclosure of resignation of directors.

The SEBI has reviewed and proposed that:

SEBI proposed this because the audit committee holds the finalizing of accounts to the related party, thus, it needs people who can act independently and in the interest of the company.

The SEBI presented with the consultation paper with an objective of inviting comments from the public in respect of the Independent Directors. In the paper there are various key changes proposed to have transparency and better functioning, by giving the shareholders a stronger voice.

Thus, the public can comment till 1st April 2021, on the paper that deals with the independent director, their eligibility to be appointed and the process.

All about SEBI reviews Norms of Inv...

Relaxation on Rights issue due to C...

The rights issue has been an essential medium for companies to raise funds for them. Big corpor...

Shares and stock exchange plays a crucial role in the world of economy. There are millions of p...